Homeware giant Williams-Sonoma laid off dozens of remote workers in a series of brutal conference calls more than a month before they expected their seasonal jobs to end, DailyMail.com reveals .

During conference calls this week, the company fired remote employees who had worked for the high-end retailer and its affiliate brands Pottery Barn and West Elm, according to one of the sacked employees, who asked not to be appointed.

“It’s awful, people are devastated,” said the laid-off worker, mother of two in Tampa, Fla., Who had worked as a furniture associate. “I’m a single parent, I can’t afford Christmas anymore. ”

A spokeswoman for Williams-Sonoma insisted the layoffs took place in “small group meetings” of about 10 to 15 people over the phone, as all the seasonal workers involved were far away.

The dismissed employee disputed this, telling DailyMail.com there were more than 100 people on the conference call where she learned of her plight, and sharing a shocking video in which the line could be heard erupting in outrage. 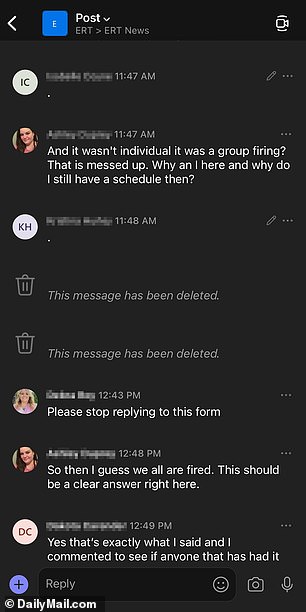 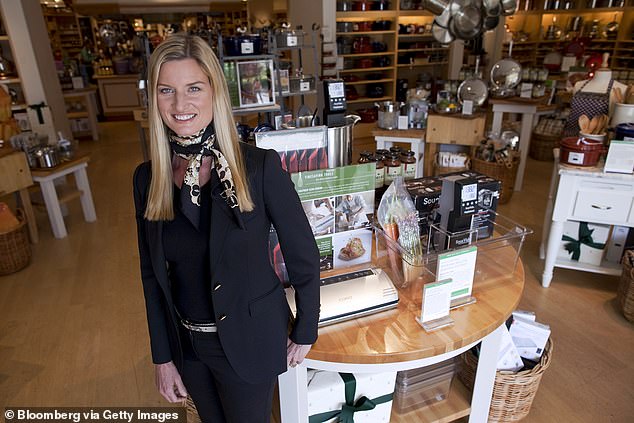 Williams-Sonoma CEO Laura Alber is seen in a file photo. During conference calls this week, the company laid off seasonal remote workers who had worked for the high-end retailer and its affiliate brands Pottery Barn and West Elm.

Williams-Sonoma said seasonal assignments can start and end at any time during the surge in retail sales between August and January, and the workers involved in the layoffs had completed their assignments for the season.

“With a lot of seasonal work, most of the work takes place before Christmas,” said the spokesperson. “There is nothing that promises the end date of the seasonal assignment. “

But the sacked employee said the layoffs came more than a month before workers expected their jobs to end in late January, plunging their lives into financial chaos just days before Christmas.

“All of this work from family culture now, there is such a lack of respect for workers,” she told DailyMail.com. “It was really horrible to be treated that way.”

A shocking video from one of the calls shows a manager telling workers on the call, “We want to thank you for your time with us and for helping us make the season a success.”

“Right after that call, we want you to check in,” the official adds, as the conference call can be heard exploding with indignant remarks from the laid-off workers.

“You’re doing this Christmas week, whose idea was that?” Asks the worker filming the call.

“It is not open to discussion, we are not having this conversation,” replied the manager. 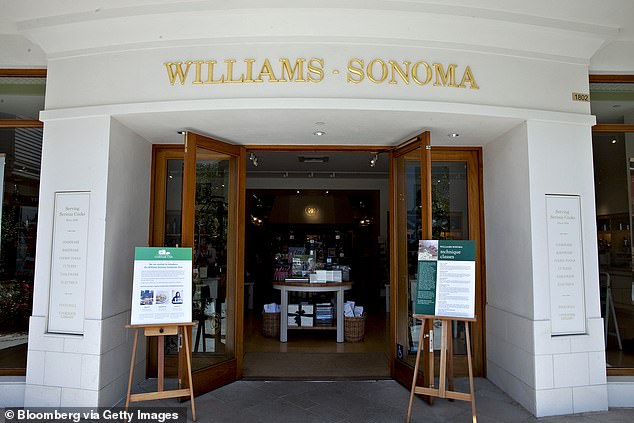 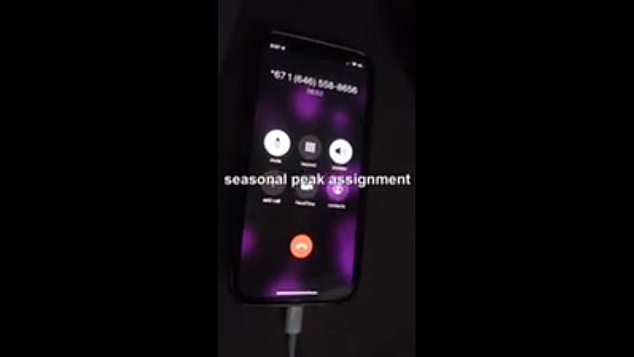 Video from one of the conference calls shows workers expressing outrage, but company says seasonal assignments can end at any time

“We’re going to have this conversation!” »Replied the worker. “What are you going to do, write to me?” Will you write to me? You just fired us! “

“Why would you all want to put us all in this big Zoom meeting instead of one-on-one,” another of the call workers was heard asking.

“If you have any other questions, you should go to HR,” replied the manager before hanging up.

A few seconds later, an employee intervenes: “I just joined the call, I don’t know what’s going on. ”

“We were made redundant on Christmas week,” replies another person.

The laid-off employee who spoke to DailyMail.com said through contact with other members of her training class, she was personally aware of five to six mass layoff calls in recent days.

She said she was hired in early September with a cohort of workers who believed their seasonal roles would last until the end of January.

But over the past week, she said, the company has suddenly cracked down on overtime, prohibiting workers from working overtime to save for Christmas expenses.

Then, over the weekend, colleagues told him they had been invited to mysterious phone meetings where they learned they had been sacked with immediate effect. 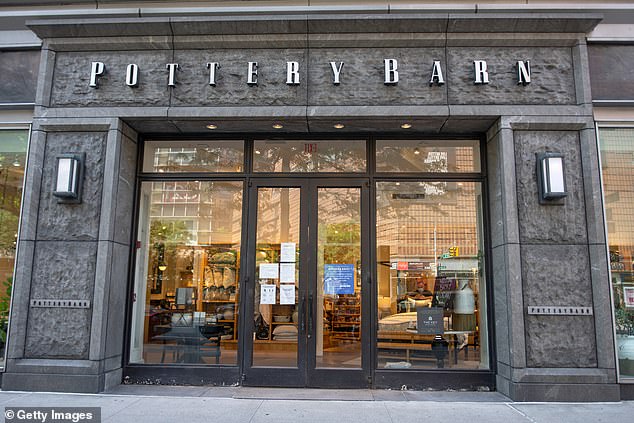 A pottery barn is seen in Manhattan. Pottery Barn is a wholly owned subsidiary of Williams-Sonoma

On Monday, she said she received an invitation to a similar meeting and immediately suspected what was going on.

“They said to clock in and answer the call, not to work,” she said. “As soon as the call was over, we were shut out of company systems.”

The source said the laid-off roles included those who worked remotely in roles such as customer service and logistics.

“I feel really bad, we are still in this pandemic, the new variant is coming,” she said. “It’s a job that I knew was seasonal, and it’s good, but calling us all a month earlier is so humbling.”

A spokeswoman for Williams-Sonoma told DailyMail.com the company takes pride in its treatment of workers, including seasonal workers. “These people are important to us,” she said.

“We hire them for a season, and they are advised that this is a seasonal role,” she added.

The spokeswoman strongly contested that the conference calls included more than 100 workers at a time, saying the calls were made with 10 to 15 members of the same team, in order to keep everyone informed simultaneously.

“Small group meetings have taken place, as these are seasonal missions and these missions are over. ”

The company says it did not lay off any permanent workers during the disruption due to COVID-19.